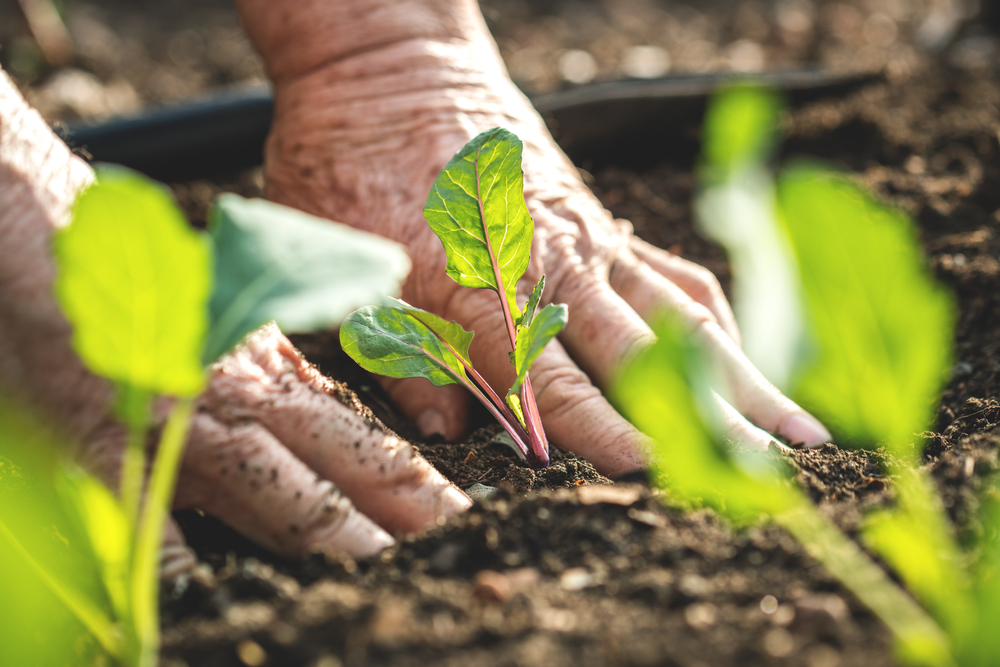 After sustaining a fall in his garden, 94-year-old Thomas, who had experienced two ministrokes and four right knee replacements, reported that he was having trouble gripping onto his required walking aids, and was therefore disregarding professional advice to use them for support and stability.

Further investigations showed he had very poor lower and upper limb strength, and that he was feeling unmotivated and wasn’t engaging with the physiotherapy exercises he had been prescribed with. Thomas’ occupational therapist knew an alternative approach was needed and introduced him to GripAble and its set of interactive games. Here, we discuss how Thomas used GripAble to get moving again and be independent and safe at home using his walking aids.

Thomas was a keen gardener and enjoyed tending to his fishpond at the home he shares with his 89-year-old wife. But after experiencing two transient ischemic attacks (ministrokes) – the most recent being four years ago – and having four right knee replacements due to infection complications, his mobility was significantly affected, and he was advised to use a walking frame outdoors and a walking stick indoors.

But he disliked his walking aids as he reported that he struggled to grasp them due to poor hand function and felt safer without using them. After his fall, he was admitted to hospital after several hours of lying on the ground. He was medically stable and MRI scans confirmed he had not suffered a stroke or a ministroke, nor had he suffered any fractures. However, his lower and upper limb strength were found to be very poor.

Thomas reported he was not completing his lower limb physiotherapy exercises as “he didn’t see the point.” He had also not engaged with the recommended hand exercises to improve his grip to assist with using his walking frame.

Although Thomas was clinically stable and encouraged to transfer out of bed to mobilise around the ward with staff support, he remained disengaged. When his occupational therapist assessed his hand function, he was found to have full range of movement but very poor grip strength.

Getting to grips with staying motivated

Following an assessment by a physiotherapist, Thomas’ walking frame was adjusted tothe correct height and an ergonomic palm grip walking stick at the correct height was
supplied. He was also provided with larger diameter cutlery to improve his grip and enhance his independence with eating.

Thomas was then introduced to GripAble and shown how to engage with its interactive games. His therapist supervised his single maximum grip strength and identified that his
right mean grip strength was 1.8kg, and his left was 1.1kg.

To begin with, Thomas was encouraged to complete 20 repetitions of grip and release on each hand using a GripAble activity when he felt motivated to do so. When Thomas was seen the next day, he reported that he had completed this task and had even tried a completely different GripAble game on his own!

Thomas was seen daily for the next two weeks by his occupational therapist while he remained an in-patient and his physiotherapists encouraged him to engage with his global lower limb rehabilitation and mobility. The number of daily repetitions was gradually increased and by the time he was discharged, he was completing 100 repetitions bi-laterally.

He took GripAble home to continue his rehabilitation and was monitored remotely over the next month by his occupational therapist. The community physiotherapist team completed home visits on discharge to monitor his progress. When GripAble was returned one month later, Thomas was reported to be independent and safe at home. He was moving around using the recommended walking aids both indoors and outdoors and had returned to tending his garden pots and feeding his fish. In addition, he had also gained weight and reported that his grip strength was continuing to improve.

Thomas’ family are looking to buy him his own GripAble to help him maintain his motivation and continue his grip strength building journey. 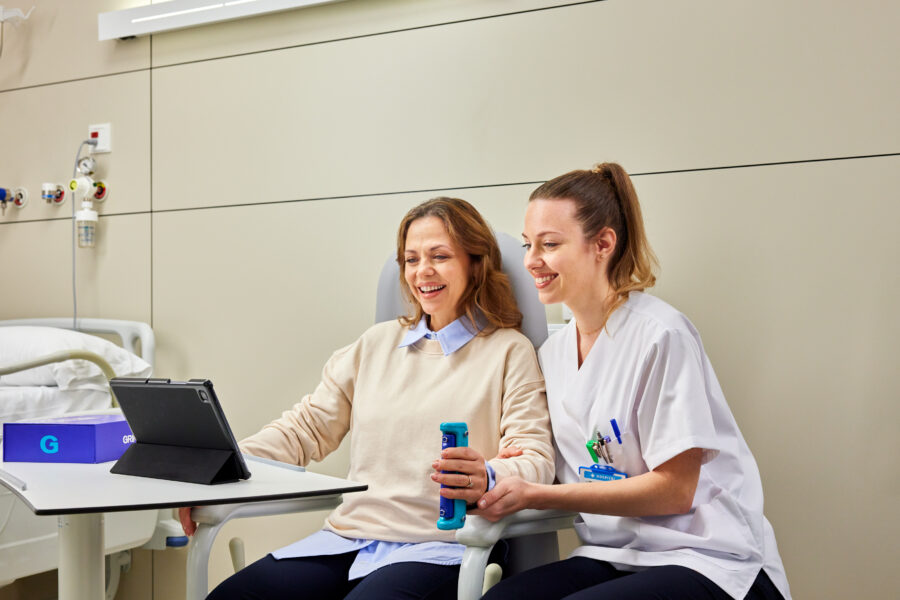