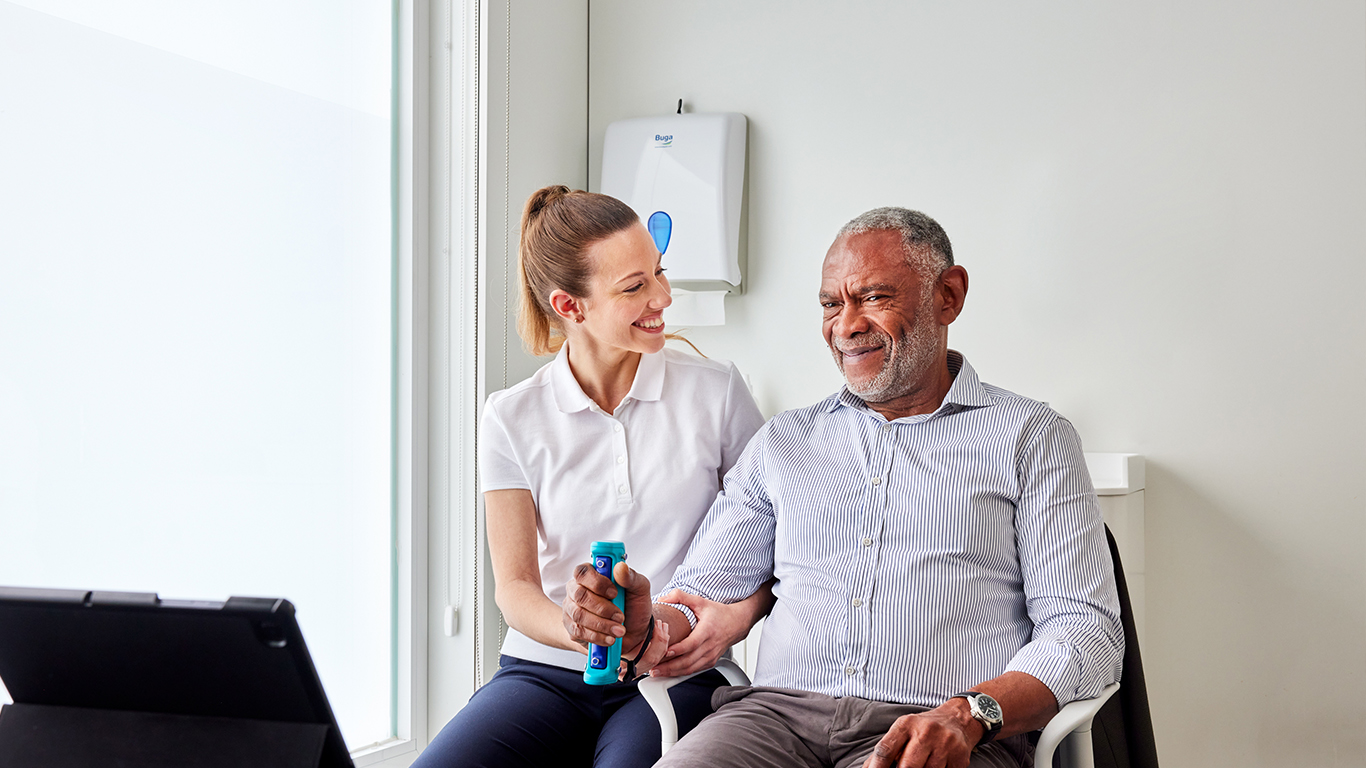 Returning to family life and fitness after a traumatic accident: Ben’s story

When Ben, a 40-year-old paramedic and dad of two from London was involved in a collision with a van while cycling, his life changed significantly.

His injuries significantly impaired his ability to do everyday tasks, including caring for his children. Feeling frustrated with his lack of progress, Ben turned to an occupational and hand therapist for support. When his therapist introduced him to GripAble, his rehabilitation journey was turned around.

In this article, we explain how GripAble helped Ben to get back to doing the things he loves most.

A fitness fanatic and married father of two young children, Ben was no stranger to a busy and active lifestyle, spending his free time cycling, running, and going to the gym.

When Ben was involved with a collision with a van whilst out cycling, he sustained a triceps muscle laceration and fractures to his dominant right hand, as well as lacerations to his leg and back.

Four-months post-injury, Ben had reduced elbow extension, reduced wrist extension and flexion, and pain on load bearing into extension. The grip strength in his right hand was 50 percent reduced when compared to his unaffected left hand. Tests showed that his triceps and hand fractures were satisfactorily healed, but Ben was still dealing with the aftereffects of the injuries.

Following the accident, Ben was on light duties at work which involved no direct public contact. He reported that his activities of daily living were significantly impaired including his leisure activities, and he was struggling to pick up his children, change nappies, and lift shopping bags, as well as being unable to return to cycling or the gym.

As a result, Ben was feeling frustrated with his lack of progress and sought further support to help him get back on track.

Ben was prescribed increased repetitions after four weeks of training. He decided to use the rep counter as a quick way to train when at work and to ensure he performed the recommended number of repetitions. He also returned to the gym as his confidence grew and was taught more novel ways of using GripAble whilst training there, including using GripAble for grip / release when completing a one-arm plank and side plank to improve his global upper limb strength. He also used GripAble while performing full elbow extension exercises, particularly triceps extension exercises.

In addition to using GripAble, Ben received other treatments including soft tissue massage and was provided with expert advice on different stretches and guidance on completing activities of daily living (ADLs).

Speaking about his experience, Ben said:

“I am very pleased with the progress I have made.”

Ben was discharged to self-manage his ongoing rehabilitation and has since returned to near full ADL performance. He has also been able to perform a barbell triceps extension exercise with a 30kg weight. 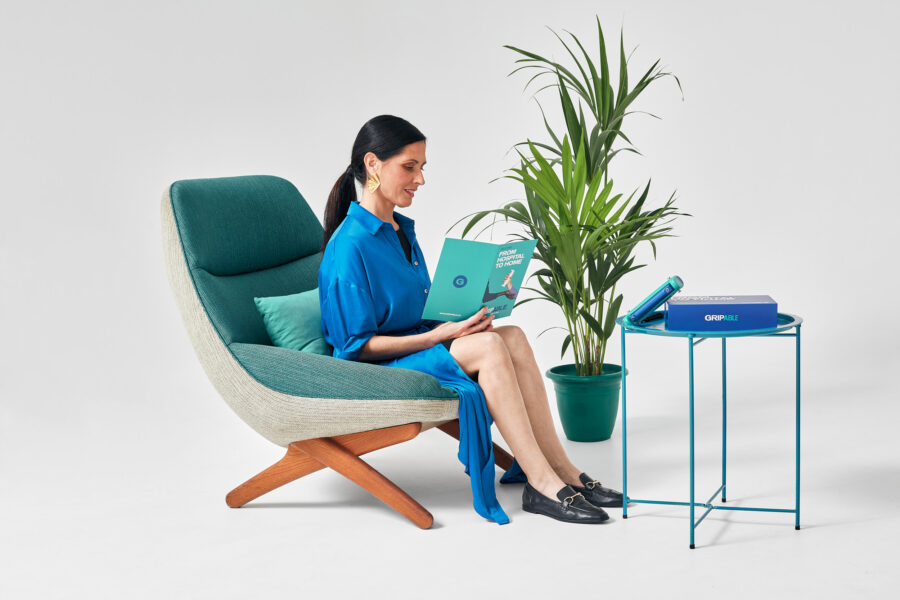